TGEPP Project Manager Mark Magnanini said several major construction milestones had been reached since the start of 2018, following the arrival in late 2017 of the $18 million steam turbine generator.

“A shipment of break bulk packages arrived at the Port of Cairns last week.

“This contained the structural and fabricated steel for the flue gas interconnections of the plant’s components, between the boiler and chimney stack.”

Mr Magnanini said next month (March), the boiler would be hydro tested, with other major commissioning activities scheduled to take place in June before the planned project completion in July.

He said the number of workers on site – currently numbering between 50 and 80 – would increase to 150 in the next month as construction ramps up.

NOTE FOR EDITORS:
Timelapse vision of the construction progress to date is available at the following link: https://youtu.be/utFjO44_iHw

Below left: Full Steam Ahead – Construction of MSF Sugar’s Tableland Green Energy Power Plant project is on track for a mid-2018 completion.

Below right: The 38.35m chimney stack being erected on site 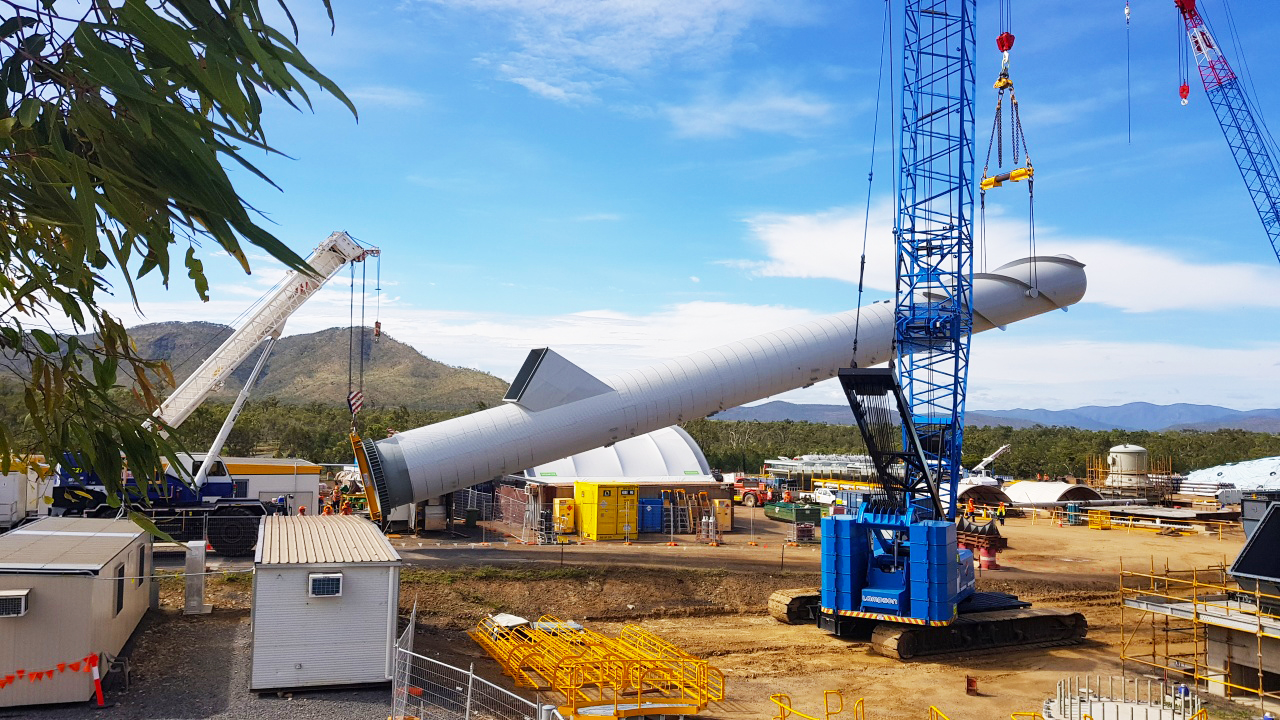